On Emerging Tech: A Teach-In with FIU 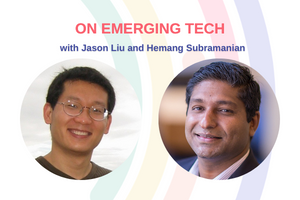 As part of the three-session EO Learning series collaboration with FIU, we present A “teach-in” featuring FIU researchers with expertise in blockchain, cryptocurrencies, machine learning, data analytics, performance modeling, and new education practices and how these technologies will change the ways we live and work.